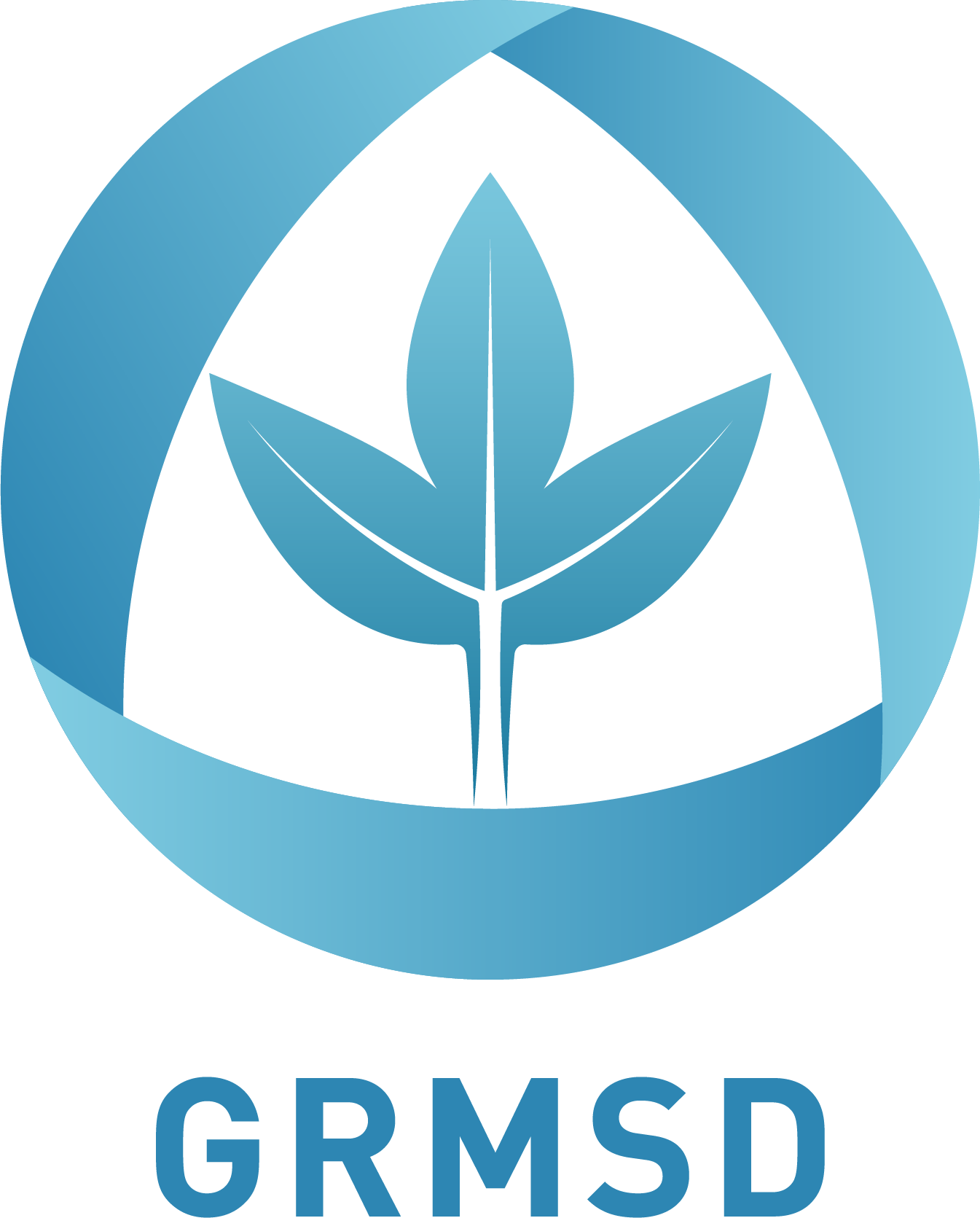 Yuzhu Kang(1936.5.5-) expert in petroleum geology. Born in Beining, Liaoning Province.He graduated from Changchun Geological College in 1960. He used to be the director and leader of the expert group and member of the Oil and gas Expert Committee of the National Reserve Committee of The Ministry of Geology and Mineral Resources. He is now the deputy leader of the expert group of exploration headquarters in western New Area of Sinopec. In 1984, guided by the theory of geomechanics, it presided over the first major breakthrough of Paleozoic Marine oil and gas fields in Tarim Basin, which became an important milestone in the history of petroleum exploration in China and opened the prelude of the great Oil-finding Battle in Tarim Basin.During the eighth five-year Plan period and the ninth Five-year Plan period, he presided over the national key scientific and technological conquest project and 5 scientific research projects of the Ministry of Geology and Mineral Resources, comprehensively and systematically studied and evaluated the hydrocarbon resources and hydrocarbon accumulation characteristics of Tarim basin and other basins.In 1992, the Paleozoic Marine facies oil formation theory in China was established for the first time, the geomechanical oil discovery theory was enriched and developed, and the oil formation characteristics of superposed basins in northwest China were preliminarily formed. Ten oil and gas fields and the first Paleozoic Tahe oilfield in China were discovered in Tarim Basin. He has edited more than 20 oil and gas exploration plans and designs of the Northwest Petroleum Administration, 20 scientific research reports, edited and edited 10 science and technology monographs, 4 science and technology monographs, and published 80 scientific papers. Won the special individual award and first-class merit of the Ministry of Geology and Mineral Resources, the Special collective award of the Ministry of Geology and Mineral Resources twice, the Outstanding Contribution Award of Xinjiang Autonomous Region, and the first prize of the Ministry of Geology and Mineral Resources; Li Siguang Geological Science Award in 1993. He was elected academician of Chinese Academy of Engineering in 2005.

Professor Martin Smith is a geochemist, mineralogist and geologist, with expertise in ore deposit geology, the geochemistry of hydrothermal fluids, hydrogeology and environmental mineralogy. He graduated from the University of Liverpool, U.K., in 1991, and completed his PhD in Geochemistry at the University of in 1995. He subsequently carried out postdoctoral research at the Natural History Museum, London, investigating the hydrothermal behaviour of the rare earth elements notably including the evolution of the Bayan Obo Fe-REE-Nb deposit. He also carried out consultancy work in ore deposit geology, including instigation of iron oxide-copper-gold (IOCG) mineralisation in the Kiruna district, Sweden. Since 2000 he has worked in the School of Environment and Technology at the University of Brighton, where he was awarded a personal chair in geochemistry in 2018. His current research interests include the geology and geochemistry of REE deposits, the geochemistry of IOCG mineralisation, gold mineralising metamorphic fluids, the impact of unsaturated zone flow processes on groundwater chemistry and the role of bacteria in marine steel corrosion. He is a Fellow of the Mineralogical Society of Britain and Ireland, a Fellow of the Geological Society, became a Chartered Geologist in 2012, and was made Deputy Head of Department for Research and Enterprise in 2020.

Dr Chongchong Qi received his PhD degree from The University of Western Australia. After two months’ visiting in Vietnam and South Korea, he joined Central South University as a professor. Up to now, he has been awarded 6 grants from government or university, and has published over 40 papers in prestigious SCI journals. These papers have been cited by well-reputed scholars, including the member of Chinese Academy of Engineering, for over 2100 times. He has been invited to attend the third World Laureates Form, been invited to give presentations in national or international conferences for 6 times, and been invited to work as the chair or technical committee member for international conferences for over 10 times. Prof. Qi is now editing an Elsevier book about solid waste management together with Prof. Craig, a member of National Academy of Engineering. He is now an editor board member of three reputed SCI journals and a committee member of three reputed international societies. He has been awarded as the Hundred-Talent Program of Hunan Province and been granted 5 awards, including the first prize of China Gold Association. The research interests of Prof. Qi include solid waste recycling, green mining, sustainable cementitious materials, artificial intelligence, etc.

Prof. (Dr.) B. S. Chaudhary is working as Chairman, Department of Geophysics, Kurukshetra University, Kurukshetra, India, since December 23, 2017. Prof. Chaudhary was awarded DAAD (German Academic Exchange Services) fellowship at the University of Freiburg, Germany from 1997 to 1999 and worked on applications of Indian Remote Sensing Satellite data in Black Forest region, Germany.  Prof. Chaudhary got best paper award at 18th International Society of Photogrammetry and Remote Sensing Conference at Vienna, Austria 1996.  He was awarded Ph.D. on “Integrated Land and Water Resources Management in Southern Part of Haryana, India Using Remote Sensing and GIS” in 2003. He is working in the domain of remote sensing and GIS applications for natural resources mapping and management, specializing in water resources, geo-environmental studies and disaster management for last more than 30 years.  He has supervised 10 Ph.D. He has more than 80 publications in various national/ international journals of repute and conference proceedings. He is member of the editorial team of the book entitled “Applications and Challenges of Geospatial Technology: Potential and Future Trends” Springer Publishers. He is presently Executive Editor of INC of IAH online Journal “E-journal of Geohydrology”.

Dr. Huiyu Zhou received a Bachelor of Engineering degree in Radio Technology from Huazhong University of Science and Technology of China, and a Master of Science degree in Biomedical Engineering from University of Dundee of United Kingdom, respectively. He was awarded a Doctor of Philosophy degree in Computer Vision from Heriot-Watt University, Edinburgh, United Kingdom. Dr. Zhou currently is a Professor at School of Informatics, University of Leicester, United Kingdom. He has published over 300 peer-reviewed papers in the field. He was the recipient of "CVIU 2012 Most Cited Paper Award", “MIUA 2020 Best Paper Award”, “ICPRAM 2016 Best Paper Award” and was nominated for “ICPRAM 2017 Best Student Paper Award” and "MBEC 2006 Nightingale Prize". Dr. Zhou serves as the Editor-in-Chief of Recent Advances in Electrical & Electronic Engineering and Associate Editor of "IEEE Transaction on Human-Machine Systems" and “IEEE Access”, and Area Chair of IJCAI and BMVC. He is one of the Technical Committee of “IEEE Cognitive and Development Systems”, “Information Assurance & Intelligent Multimedia-Mobile Communication in IEEE SMC Society”, “Robotics Task Force” and “Biometrics Task Force” of the Intelligent Systems Applications Technical Committee, IEEE Computational Intelligence Society. He has given over 90 invited talks at international conferences, industry and universities, and has served as a chair for 60 international conferences and workshops. His research work has been or is being supported by UK EPSRC, MRC, EU, Royal Society, Leverhulme Trust, Puffin Trust, Alzheimer’s Research UK, Invest NI and industry.